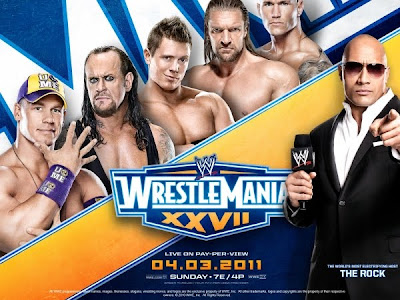 Wrestlemania is going to be huge this year. Will it be the best of all time? I doubt that very much. But will it be one of the best in recent years? I'd argue that it will be. Most of the matches promise to be solid, and the celebrity involvement will only add to the atmosphere. Plus it gets even bigger with The Rock himself as special guest host It's a great time to be a wrestling fan, that I am sure of.

Now it's time for my Wrestlemania XXVII prediction

United States Championship Match
Sheamus (c) vs Daniel Bryan
Bryan is a talented wrestler, no doubt, but he still lack a credibility as a champion. Wrestlemania is the most suitable moment for WWE to put Bryan over. This match could serve as a great opener. Bryan will win the title and the feud continues.

Singles Match with Special Guest Referee : Stone Cold Steve Austin
Jerry Lawler vs Michael Cole w/ Jack Swagger
This maybe the easiest outcome to predict. There is no way a Hall-of-Famer would lose to a biggest jackass in the company. Lawler will win over Cole, and Austin will give both Cole and Swagger an Ass-Whoopin Stunner!

Singles Match
Rey Mysterio vs Cody Rhodes
Rey will put Cody over by working a solid match but still Rey would win in the end, and the feud still continues. I don't see Sin Cara debuting here to cost Rey the match.

8-Man Tag Team Match
The Corre vs Big Show, Kane, Santino Marella, Vladimir Kozlov
Santino and Kozlov were added to this match so that Big Show and Kane could be on the receiving end of a loss without looking weak. My prediction is Barret will be put over by pinning either Santino and Kozlov thus The Corre win the match.

6-Person Mixed Tag Team Match
John Morrison, Trish Stratus, Snooki vs Dolph Ziggler, Layla, Michele McCool
This match has gotten WWE the media attention it wanted and it will definitely be used as a traditional celebrity match. Morrison and Dolph will steal the show, Vickie screaming through the entire match, and Snooki will get to pick up the pin.

Singles Match
CM Punk vs Randy Orton
This is a chance to put Punk over by making him win the match without Nexus' help. Orton will put on a great fight as he was booked a little too strong lately but Punk will outsmart him and win the match, heating up a feud for a more dangerous match at Extreme Rules.

World Heavyweight Championship Match
Edge (c) vs Alberto del Rio
After constantly winning over Alberto del Rio in the past few weeks, Im sure Christian will play an important role in this match. He will cost Edge the match, by turning heel or by mistake, thus setting up a future feud between the three. 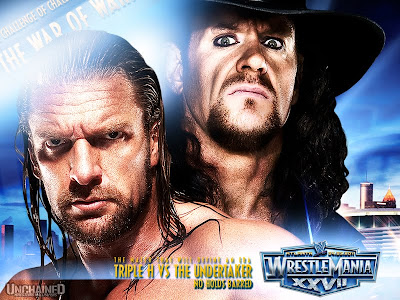 No Holds Barred MatchUndertaker vs Triple H
This match is the one I want to see the most, even though it's not the main event. Both are my favorite superstars and especially after a lot of great hypes in the last few weeks. Undertaker will put Triple H over but in the end, the Streak will live. Shawn will cost Triple H the match. He's doing it because he is still so overwhelmed that he couldn't end the streak or maybe Shawn won't turn heel, but maybe it will be a miscue and Shawn will actually try to help Triple H and accidently hit him with Sweet Chin Music. Undertaker will win, but I was more interested in what would happen next between Triple H and Shawn.

WWE Championship MatchThe Miz (c) vs John Cena
The actions of John Cena giving the Rock the "Attitude Adjustment" guarantees that The Rock will get involved. But the question is when and how. Both Miz and Cebna have been made to look strong with the build up and both have also been made to look weak, so this is the hardest outcome to predict. But I think the Miz has more to gain as WWE Champion than Cena in terms of growth, so The Rock will get his revenge on Cena and cost him the title (so Cena can lose without losing his "Superman coat") and setting up Cena vs Rock feud for the future. Yayyyyy!!! Of course The Miz will also get his ass kicked by the Great One and the show will goes off with The Rock music playing and he's posing at the top turnbuckle.

Winner, and still WWE Champion : The Miz
Thanks for stopping by readers, and as always any and all feedback is appreciated.
I'll post the review after I watch it, so stay tuned! =)
wrestling 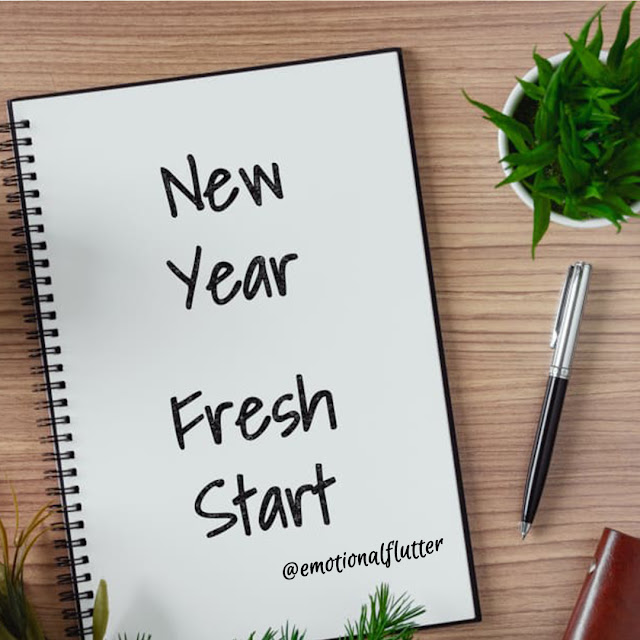 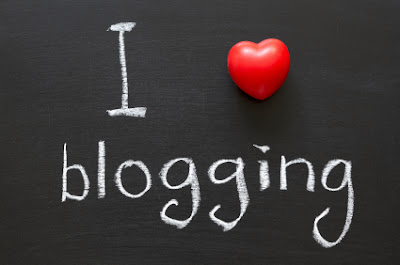